A painter and writer since leaving home aged 16 in 1979, Lawrence Freiesleben, has lived in sixteen different areas of the U.K., many of them “for just long enough to remain unsettled”. After living in an obscure part of inland Devon, the whole family made the traumatic but worthwhile shift to the wilds of Northumberland’s North Pennines. Seven years high up in the West Allen Valley were followed by two under the Howgill Fells in Westmorland. During 2018 he relocated to a remote house on the marshes of the Kent estuary in Cumbria, with his wife and the youngest of his children.

Exhibiting widely all over the U.K., particularly London and the South West, he twice won first prize in the Bridport Open. Alongside regular online features of art and literature with the International Times, his most recent exhibition was at the Terre Verte gallery in Altarnun, Cornwall in the summer of 2018.

Lawrence’s works have always been heavily inspired by the surrounding landscapes, from the Tors of Dartmoor and Bodmin Moor in the South West, to the fading remnants of the lead mining and fluorspar industries in the valleys and windswept fells of the North Pennines. 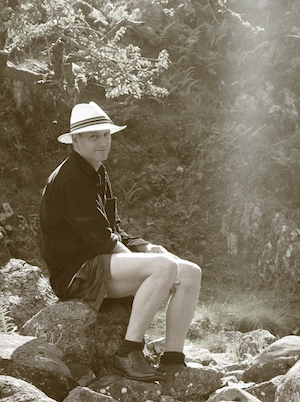 “It had long been his hope that the shadow would accede to the fully defined. At moments it happened in the most unexpected of his paintings – beyond their ‘abstract’ and far beyond all the futile efforts of representation.” (from Estuary and Shadow).

When I started in 1976, my paintings were fairly straightforward representations of the countryside to which I escaped in the evenings or at weekends from the nightmare of school. Each new one served as a talisman against the emptiness of ‘education’.

Over the years they grew in complexity (or is it simplicity?): For a long period, rather than copying a specific location, their aim was rather to represent the essence of a place: a headland, a tor on Dartmoor, a high field . . .

More recently, those I consider most valid, use time and place only as a jumping off point. Searching for places in landscape where there appears to be a thinness in the surface of appearances, they attempt to go beyond this threshold.

"The best art should aim to touch upon a mysterious path we are constantly losing - to evoke an ideal always likely to remain just out of reach." 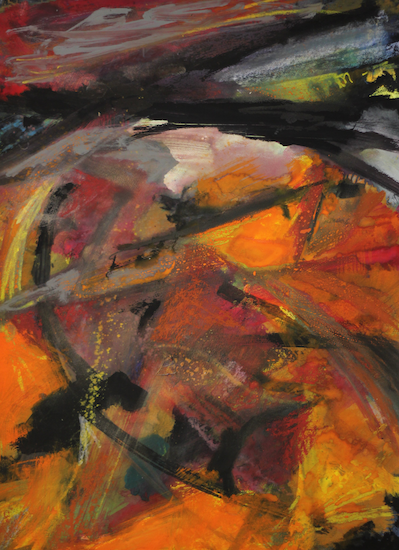 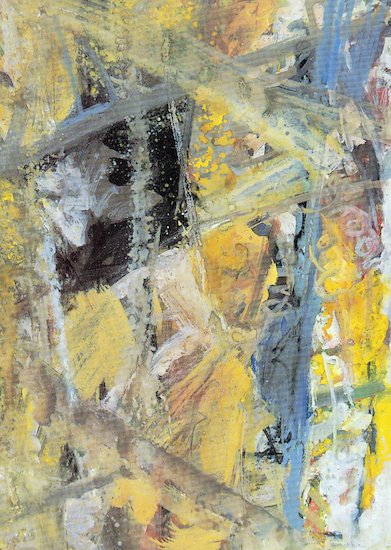